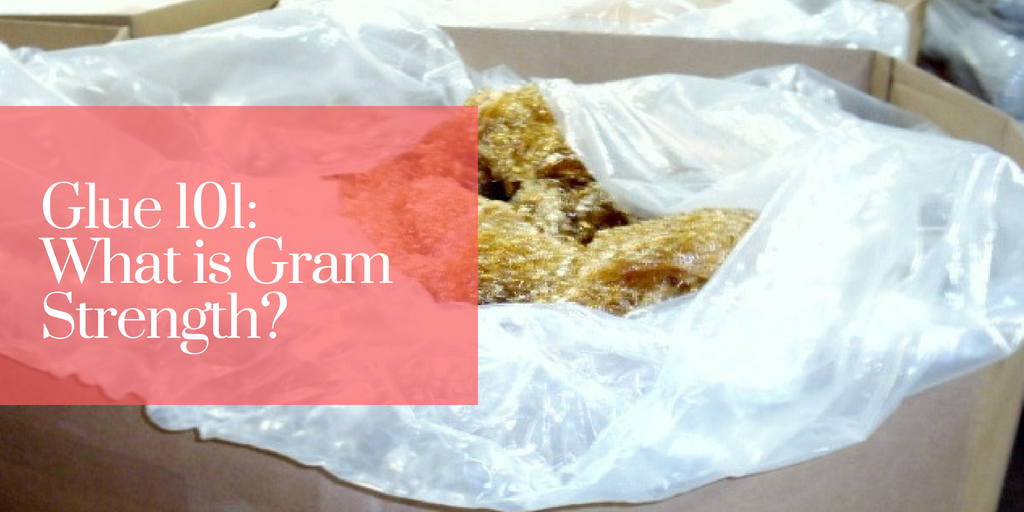 Our lab team tests gram strength on all gelatin and animal glues we receive into our manufacturing facility.  We then use that number in correlation to the viscosity to determine what raw materials get used in our cake glues and dehydrated hide glue.

Gram strength is also referred to as "jelly" or "bloom" strength.

For testing, the solution of gelatin is prepared under specific experimental conditions.  Gel rigidity arises from molecular interactions within the glue.

As you can see, a lot goes into make sure the raw materials going into your glue are top notch. Gram strength testing plays a major part in providing top quality glue products.