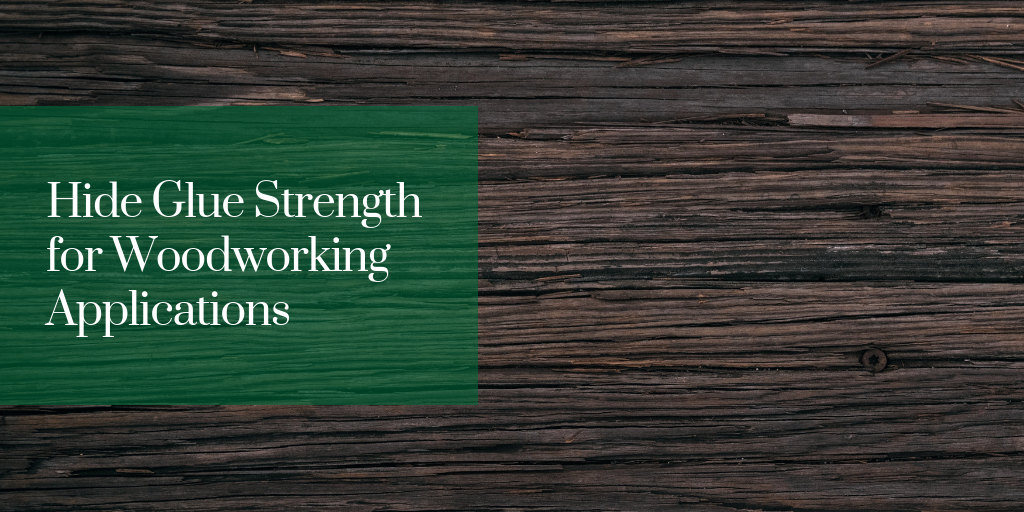 For centuries, hide glue has existed for the use of wood finishing and even mural paintings.

Today hide glue is sparsely industrialized, but still used in making and restoring objects. In recent years, yellow and white PVA glues have been used in woodworking applications as a replacement for hide glue (protein glue) under the assumption they provide a stronger and longer lasting bond. This assumption is incorrect and, for those in the antique restoration, furniture construction and restoration, marquetry (applying pieces of wood veneer to a structure or form to create decorative designs) and luthierie (musical instrument making) fields, it is important to understand why hot hide glue is still the superior adhesive solution.

Using PVA glues, a wood to wood bond will vary greatly, depending on the porosity, clamping time and other factors. A percentage of the water content will evaporate or be absorbed before setting occurs. That process leads to a loss of adhesive thickness and, if not under consistent pressure the whole time, results in a weaker bond. Hot hide glue, in contrast, sets by gelling quickly, dependent on temperature and time to set. From that point, no clamping is necessary and the bond continues to get tighter and tighter. The result is a 100%, well conforming airtight joint. 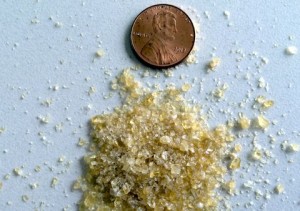 Hide glue, unlike PVA glues, will never set up in one part of the bond and remain wet in another. Hide glues are much stronger than the wood itself whereas PVA glue joints are not. PVA glues also create another problem called “joint creep” since the bonds are stretchable. Given steady pressure, like sitting in a chair for example, the pressured joints will stretch and other joints will be stressed because of that movement. Chairs constructed or repaired using PVA glues do not last as long due to this “joint creep” dynamic since the joints are literally being pulled apart.

On the other hand, hide glue provides a rock hard bond that does not stretch under normal pressure and thus the integrity of the chair is retained. The assumption that a “flexible” bond is stronger is an incorrect one as well. Unless each joint is hard in a chair or any other application dependent on the stability of its own wood, every joint is at risk and will eventually fail. Hot hide glue is extremely versatile on its own or, by adding particular additives, can greatly expand the range of applications for usage. The hide glue bond is molecular; a chemical bond primarily, and a mechanical bond, secondarily. PVA glues only bond mechanically. And since they are stretchable, PVA glues only work in applications where only momentary shear forces are at work. If shear forces are continual, PVA glue bonds will creep, slide apart, and break relatively quickly.

LD Davis has been manufacturing hide glues since the early 1920s and is the leading manufacturer and supplier of hide glue in the United States.