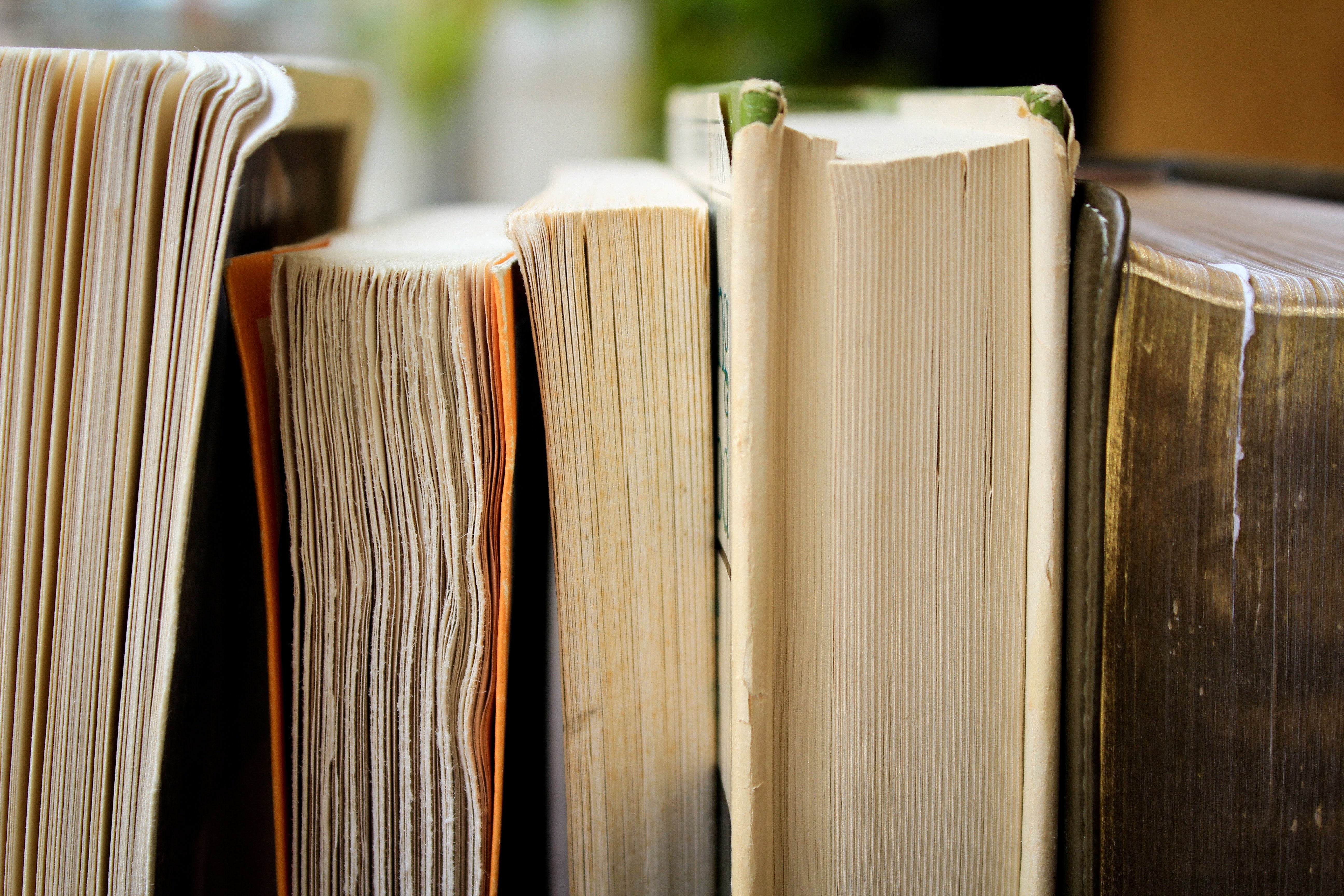 In the graphic arts and case making (bookbinding) industries there are a lot of terms and phrases thrown around that you may not be familiar with. This glossary will help to define many of the terms commonly used.

Back Lining - The process of reinforcing the spine of a book prior to casing-in. Usually paper or cloth.

Book Block - The term for the block of glued, lined and trimmed signatures and end sheets before it is cased-in. Book blocks are produced with end sheets glued to the first and last signatures and a lining strip or capping paper is applied instead of a cover.

Case and Case making - The hard back cover created by wrapping two boards and a spine material with paper or cloth. This process is usually done on equipment called a "case maker" and uses animal or protein glue.

End sheets - Generally a four page section glued to the first and last signature of a hardcover book block. End sheets join the book block to the cover and act as the hinge at the cover board. The entire surface of the end sheets are glued to the inside of the case on the casing-in line.

Gathering (also called "collating") - The first step of a perfect binding line where printed and folded signatures are fed and dropped in the correct order on top of each other before being fed into the perfect binder.

Head - Top edge of a book, opposite the edge on which the volume rests if it is shelved upright.

Headband - An optional narrow band of decorative fabric glued to the back-lining material and applied to the spine of the book block.

Jacket - Dust cover folded over the case of a hardcover book.

Joint - The grooves that run head to tail on the outside of the case, front and back, along which the board hinge when they open.

Joint glue - The glue applied in the joint after the back lining station on the casing-in line.

Layflat binding - Binding style where a softcover book is lined or capped and have a cover applied. Because the spine glue is covered by the lining strip, the only thing holding the cover on is the side glue which is applied higher on the side than the end of the liner paper. With the cover detached from the spine, the book should lay more flat and avoid the "mousetrap" phenomenon.

Lining station - The station on a perfect binder after the gluing station(s) used to apply a lining or capping paper for book block production or lay flat binding.

Milling - The first spine preparation station on a perfect binder where the top of the folds on the signature are ground or cut off.

Nipping (and nipping station) - The station(s) generally found on the backside of a perfect binder where the cover is pressed to the spine and sides of the book or book block.

Notching - Generally the last step of spine preparation before glue application on a perfect binder. Notches are parallel grooves cut into the spine perpendicular to the binding edge to allow for better penetration of the glue into the paper.

One shot - Binding method where a single shot of glue is applied to the spine of the book, as opposed to a two-shot process.

Rounding and backing - The first two steps of casing-in line where the book block is compressed and rolled simultaneously on each side to create a mushroom or convex shape on the spine of the book block (rounding). In the backing station, an iron will spread or fan the sections of the book outwards from the center and form joints or shoulders at the edge.

Saddle stitch - Binding method signatures are stitched or stapled together instead of being glued.

Side glue (or hinge glue) - Generally the final glue application on a softcover book or hardcover book block where glue is applied to the sides of the book block to hold the cover or lining strip to the sides.

Signature (or section) - The printed and folded sheets coming from the press or folder. Generally folded in 8pp sections. The signatures are fed into the gathering machine of the perfect binding line, the first step of producing the book.

Square back - Hardcover book with a third board in the spine of the case instead of a flexible center strip. Square or flat back books are frequently used for thinner hardcover books like children's books and do not require any rounding or backing on the casing-in lines.

Stringing - Term used for when the book pulls glue or strings as it passes through the glue pots. Requires cleaning and may cause machine issues. Generally occurs with higher viscosity pressure sensitive glues.

Tail - The bottom of the signature or book.

Trimming - Normally the final step of a perfect binding line where the softcover book or book block is trimmed on three sides (head, tail, face).

Can you think of another term we forgot? Let us know in the comments below!