How To Use Dyne Pens To Determine Surface Energy 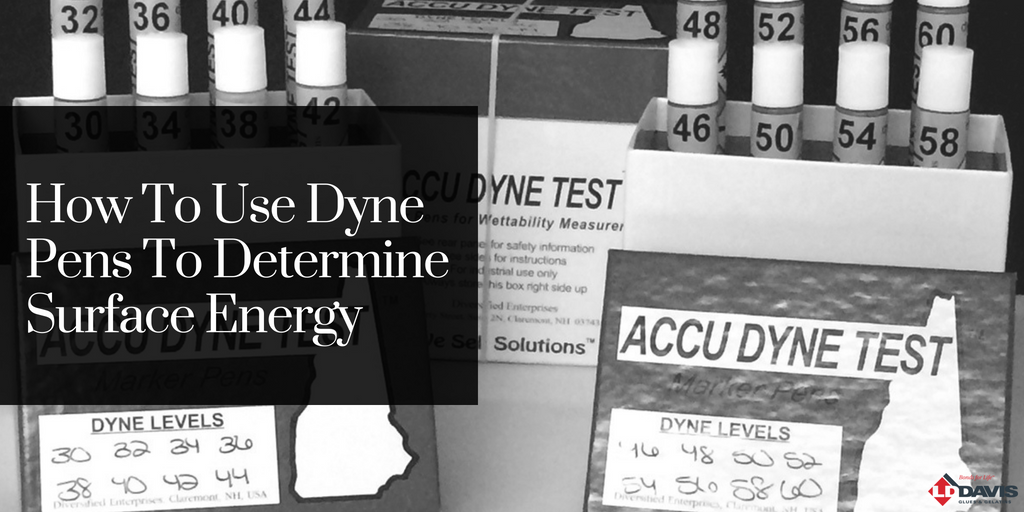 In order for your glue to perform properly, it must be able to penetrate (or "wet") your substrates. Some substrates are more difficult to penetrate than others. This is a result of varying surface energies.

Our lab team regularly runs dyne tests on our prospects and customers substrates to determine if our glues will be a good fit for their projects. If you would like to purchase dyne pens and run tests in your own facility, here are a few steps on how to conduct the dyne level test: 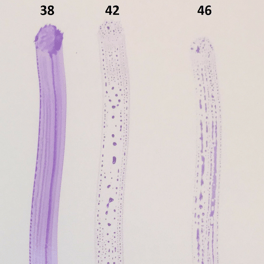 To the left is an example of dyne testing performed in our lab on a white coated paper substrate.

Our lab used dyne pens from ACCU DYNE for this test.

"Surface energy is critically important to many converting operations. Unfortunately, it is not the sole determinant of product suitability. Other factors, such as surface topography, coating rheology, and chemical incompatibility, must also be considered. This is why broad-based communications with vendors and customers is so important. But at least by systematically measuring substrate surface energy, you will have a sound starting point from which to resolve other problems which may arise." (ACCU DYNE)

Our technical team is always happy to assist with running tests like this for your project. Reach out to them to learn more.