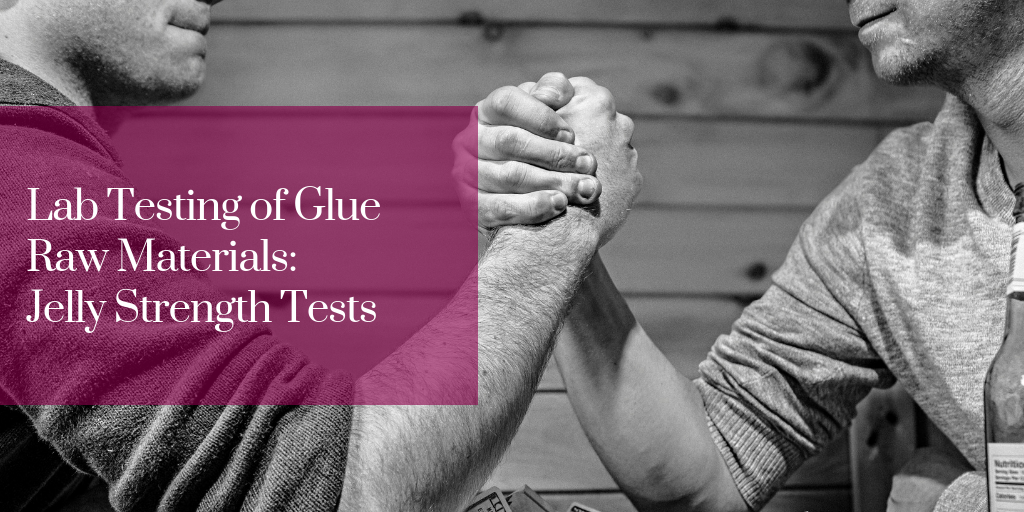 Our protein glue products are based on gelatin protein which is derived from the hydrolysis of collagen. Collagen is a protein ingredient of animal hide, tissue and bone. We source our gelatin in the form of soft gel netting which is recycled from pharmaceutical companies.

Protein glue is composed of polyamides of alpha-amino acids. The solubility of protein glues in water is due in large part to the fact that five of the major constituent amino acids present in glue possess high water solubility. Protein glues are insoluble in oils, waxes, organic solvents and absolute alcohol. They may be emulsified in water-oil or oil-water systems. 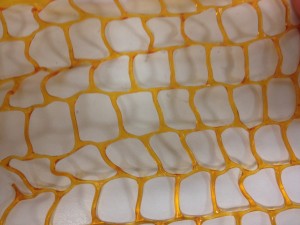 The various other raw materials used to compound our glues are from the sugar, starch, polyol and salt families. All of the ingredients used to modify the adhesives are water soluble and in most cases are non-edible grades intended for industrial use. We also utilize edible-grade raw materials, e.g. corn syrup (glucose), sodium chloride (table salt), glycerin USP grade, etc. when required.

Today we will dive into jelly strength tests.

Jelly strength plays a major role in adhesives.  Jelly strength is also referred to as "gram" or "bloom" strength.  This test is a measure of the rigidity of the adhesive after a bond has been formed.  The difference between jelly and bloom strength is the concentration of the solution.

Jelly strength is measured from a 12.50% solution of the gelatin after it has formed a gel.  Bloom strength is performed using a 6.67% gelatin solution.  The solution of the gelatin is prepared under specific arbitrary experimental conditions.  Gel rigidity arises from molecular interactions within the glue.  Interactions include, but are not limited to, secondary interactions and molecular entanglement.  Protein (gelatin) molecular chains form non-covalent bonds to themselves.  This interaction increases gel strength.  Molecular entanglement, based on the length of the chains, interact, which increases the rigidity of the glue.

To run these tests, we use a LFRA Texture Analyzer with 1000g capacity and TA-10 ½” AOAC Standard Cylinder Probe.

Stay tuned to learn more about our lab testing capabilities.