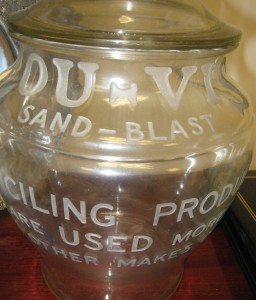 85 holiday seasons.  That’s how many years LD Davis has been producing quality animal glue in the US.  Our 85th year is coming to a close and we couldn’t be more grateful for the past eight-plus decades of adhesive manufacturing.  Thank you to all of our customers, employees, and friends for helping us get this far.

LD Davis got its start in 1926 inside a residential home in North Philadelphia.  Louis Davis Sr. began using raw animal glue in a product for the stenciling industry and grew the company into the premier animal glue manufacturer it is today, through strong competition and world events such as the Great Depression and multiple wars.

By the time his son, Louis Davis Jr. joined the company in 1960, it had grown significantly from a small stenciling business, to rendering animal hides for adhesive manufacture, to a thriving business at our old Bristol, PA glue manufacturing facility.  LD Davis had grown to selling animal glue all over the country and in 1965, began selling internationally into Canada, Mexico, and South America.  In 1970 with Louis Davis Jr.’s development of Pink Special, a low-cost animal glue for rigid boxes, LD Davis solidified its role as the major animal glue supplier for the box-making industry.

LD Davis celebrated its 50th year of glue manufacturing in 1976, and the next year, Louis Davis Jr. took over the company after his father’s passing.  During his time as President, Louis Davis Jr. expanded international sales and also moved the animal glue manufacturing facility to a custom-built site in Monroe, North Carolina.  This site has been expanded upon multiple times as business has called for it.

In 2000, Louis “Tripp” Davis III took over the company when his father retired.  Since then, we have expanded our distribution services and are a major distributor for HB Fuller and Ashland Chemical products.  This enables us to provide our customers with hot melt adhesives, PUR glues, and fugitive glues that we do not manufacture.  LD Davis manufactures eco-adhesives which are animal glue and liquid glues.

85 holiday seasons is a huge accomplishment for our company.  We are proud to have served our customers for this long and look forward to many more years, and holidays, of quality adhesive manufacturing.

We wish Happy Holidays and a great start to 2012 to all of you! 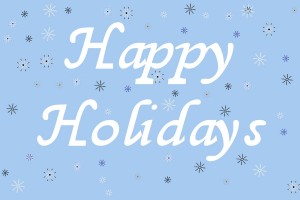