How To Measure Dyne Levels In Substrates 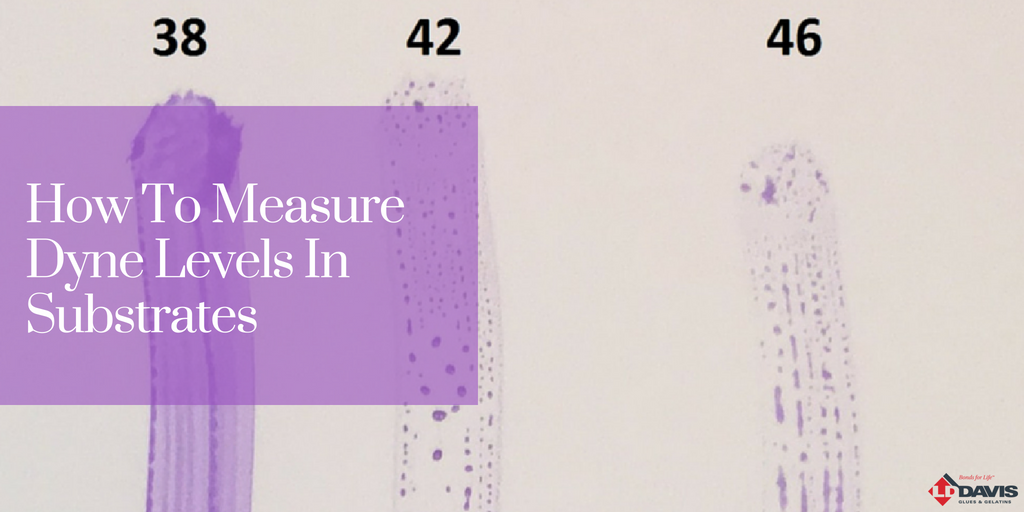 Dyne Levels play a major role in proper adhesion, and here is why:

Measuring the Dyne Level of substrates helps to identify problematic materials with very low surface tensions.  For instance, in order for a substrate to bond well with protein glue the dyne level generally needs to be 45 or higher.  Protein glues (animal glues) can work at lower dyne levels, but testing should be done with “glue-ups” to ensure a sufficient bond is obtained.

(Don't worry, our lab can help with that!)

Dyne pens and markers are very effective in measuring the surface energy of a wide range of substrates used across the packaging industry. Each pen or marker is filled with ink at a specific dyne level.

If you're interested in learning more or purchasing these tools, visit ACCU DYNE TEST.

Great news: the testing procedure to measure dyne levels is quick and easy to perform.

Before testing, ensure that the substrate is clean and free of damage.  Keep in mind, the substrate should be tested several times in different areas to confirm results.

To test, the dyne pen is pressed against the surface of the substrate and applied in a line across the substrates surface.  Next watch for beading of the ink.  If beading does not occur at the center of the line within two seconds, the next highest dyne level pen should be used and testing should be performed in the same manner.

Once beading occurs within two seconds, the testing is complete.  The dyne level of the substrate is the highest dyne number pen or marker that was used without beading occurring.

Above is a picture of a dyne test performed on a white coated paper substrate.  No beading occurred on this substrate using a number 38 dyne pen. Using a number 42 dyne pen, a small amount of beading is evident.  Complete beading resulted within two seconds using a number 46 dyne pen.  The Dyne level of this material is 38-41.

If you have any technical questions about Dyne Levels or testing using dyne pens, feel free to contact our technical team!