The Role of the Rigid Box in Luxury Packaging

Premium rigid boxes are some of the most commonly used and sought after boxes within the luxury packaging industry.

Rigid boxes differ from other boxes in a few key ways; most notably, material thickness, opening/closing experience, and manufacturing methods. Typically rigid boxes are four to five times thicker than traditional folded cartons and have many more options for opening experiences compared to corrugated boxes.

Additionally, the embellishments are printed on a paper that is then wrapped around the outside chipboard. This paper can be used on the outside and inside of the box to give brands more opportunity to display key messaging and graphics throughout the packaging.

Rigid boxes also offer a structural benefit over other types of custom product packaging and this is why they are so common in cosmetics, consumer electronics, wine & spirits, and many other luxury industries that require a more premium product packaging solution.

During the die cutting of the chipboard, several small die-cut holes are made so magnets can be added to the box in order to house magnetic closures within the box. Adding a magnetic closure is a common feature within luxury packaging that will make the package feel even more luxurious, while also adding a level of security to the box. 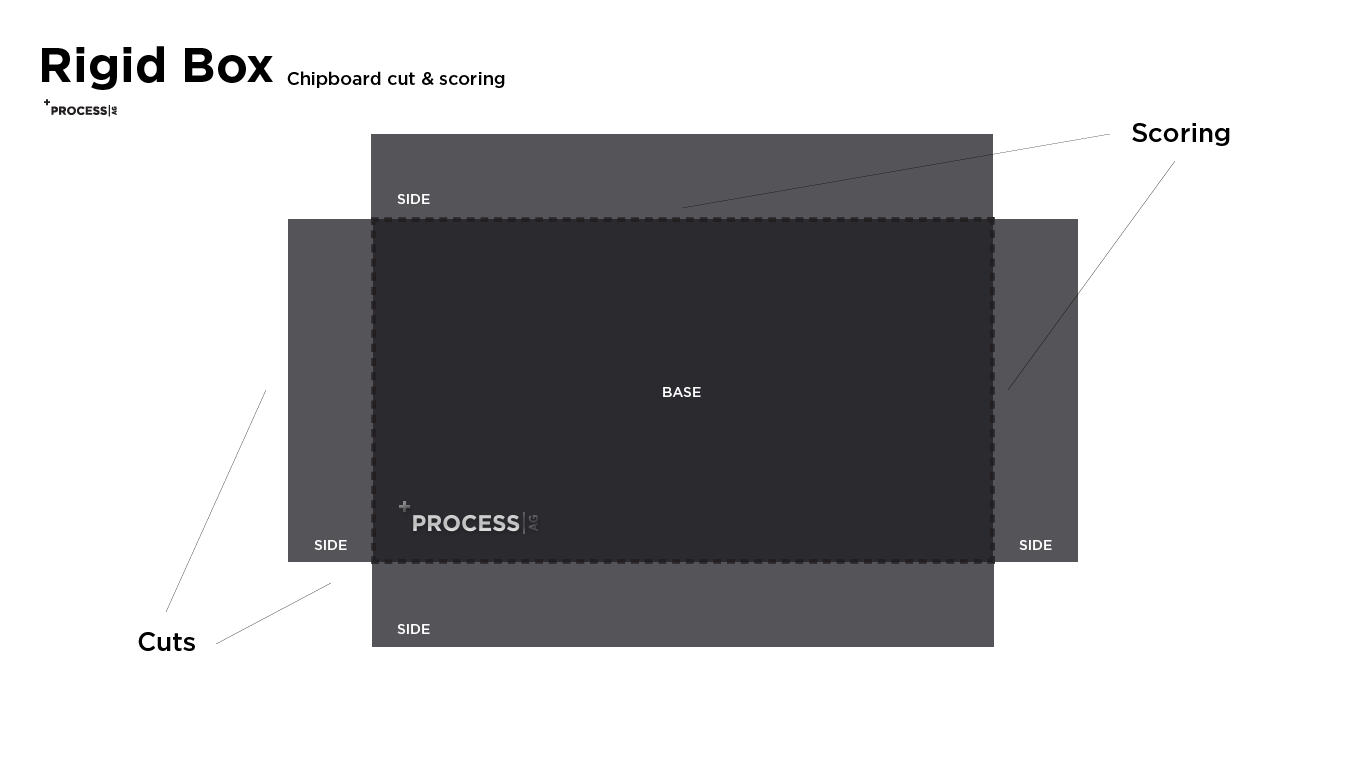 The second vital component of the rigid box is the wrap; the wrap is the thinner, more flexible paper that is cut to match the chipboard's dimensions. Once the wrap is cut it is applied and glued to the chipboard. The wrap is where the visual and tactile customization of luxury packaging occurs. The paper wrap is then die cut into different sections and applied to the inside and outside of the rigid box so there is no chipboard visible.

A good manufacturer will also engineer the paper wrap so the folded lines and edges of the paper are not clearly visible when the product is displayed in retail. Furthermore, the paper wrap is where the major design embellishments and finishes will be applied, this gives the rigid boxes the custom look and feel which makes them luxurious and unique.

Another benefit of the rigid box is the large accommodation of luxury elements that they can support, such as magnetic closures, embossing and debossing, spot varnish, foil stamping, and other premium printing techniques. Like most things within the packaging industry, these styles are constantly evolving and changing to meet the increasing demands presented by consumers and brands.

Typically, rigid boxes can be separated into two categories, telescoping and hinged. Both of which have their own subcategories.

The telescoping rigid box is characterized by how the lid and base interact with one another. The lid encases the box itself and is a separate piece from the base, an example of this is commonly seen in chocolate boxes. Sometimes the seal between the lid and the box tightly spaced to give a vacuum effect commonly associated with luxury packaging and custom packaging. The most famous example of this is the iPhone box. 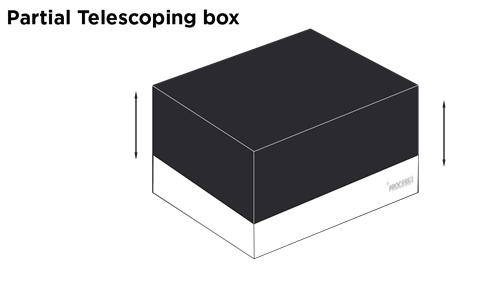 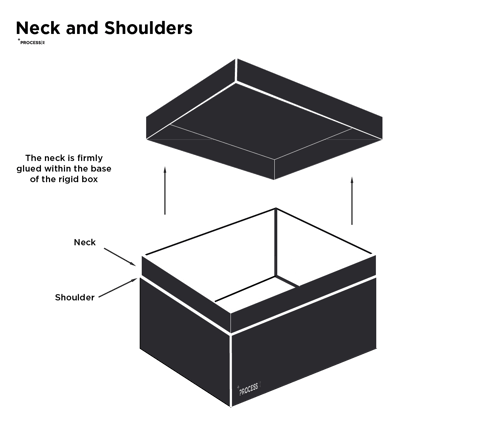 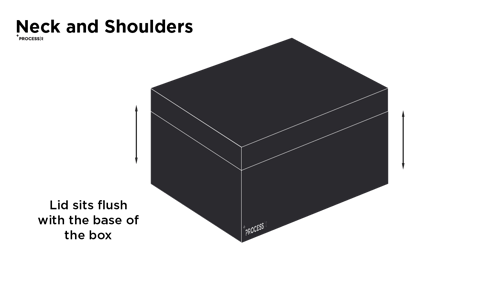 Other variations of the telescoping box include partial telescoping, the classic shoe box, neck and shoulders, and the tray and sleeve box. The most notable of these variations is the neck and shoulders box. Like many of these boxes, its name suggests the form of this box. A portion of the box protrudes from the inner chipboard of the rigid box, this is the “neck” portion. This allows for the rigid box base and its lid to have a flush look that is often desired by many within the custom packaging industry. In some cases, however, the neck is made extra long to create a break between the lid and the base where the “neck” becomes visible. This is done mainly for an aesthetic reason, the neck itself can be colored which adds an additional element of design to the box. 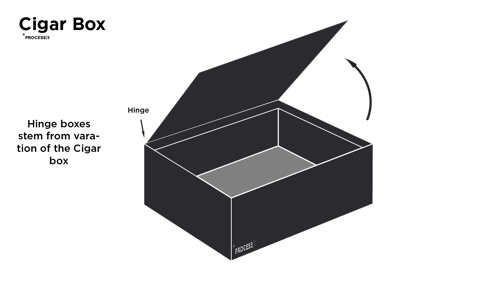 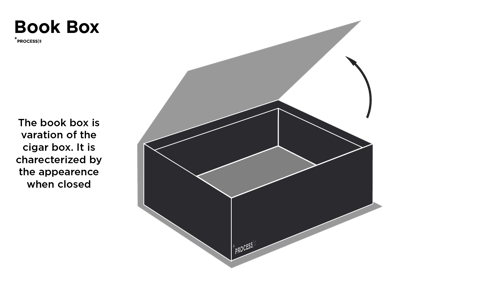 Now that we have talked about the telescoping lids it is time to discuss the other family of lids commonly associated with rigid boxes, the hinged lid. The lid, like the name suggests, is connected to the box itself. There are endless hinged lids, but most stem for these following styles.

The Cigar Box, a classic style that serves as the simplest version of the hinged variation. It is characterized by a single flap connected by one of the longer sides of the box. A common variation of the cigar box is the book style cigar box. This box is nearly identical to the “cigar box” but has a book appearance when closed.

To conclude, the list variations and types of rigid boxes is immensely vast and evolving. Going into detail about every single type of rigid box would be a rather impossible task to accomplish in a short article. This is merely just the tip of the iceberg so to speak, but having a small amount of this knowledge can go great lengths when deciding what packaging is right for your products and company.

This article was originally published by ProcessAG