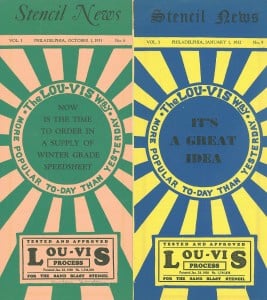 L.D. Davis Industries has been in business since 1926 after Louis D. Davis Sr. filed for patents for a product used in the stenciling industry two years prior. Raw animal glue, also known as hide glue, protein adhesive, or cake glue because of the cake form it takes during manufacturing, was one of the main ingredients in this stenciling product. At the time, the product was called the "Lou-Vis Adjustable Protecto-Curtain Speedsheet." 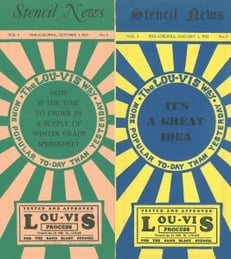 L.D. Davis started as a small business inside his father's home in North Philadelphia, and has

now grown to become North America's largest animal glue compounder. (Subscribe to our YouTube channel to see how we make it!) The family-owned and operated company has a long history and has weathered the storm through the Great Depression and competitive challenges to be a successful animal glue, or cake glue, manufacturer. In fact, Louis D. Davis Sr. married his wife, Merle Ennis, on the very same day that the stock market crashed, 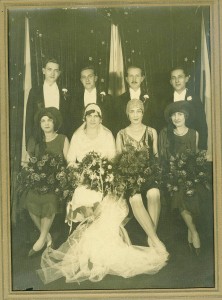 In fact, in the middle of the Great Depression, Louis D. Davis Sr. moved the business to a location outside of his father's home, to Bath and Ontario streets in Philadelphia. He kept the business growing during this difficult decade by manufacturing his own raw animal glue by rendering the hides of rabbits. Always staying ahead of the curve, the business grew during the 1930's and was moved to our original cake glue, or animal glue manufacturing plant in Bristol, PA in 1936.