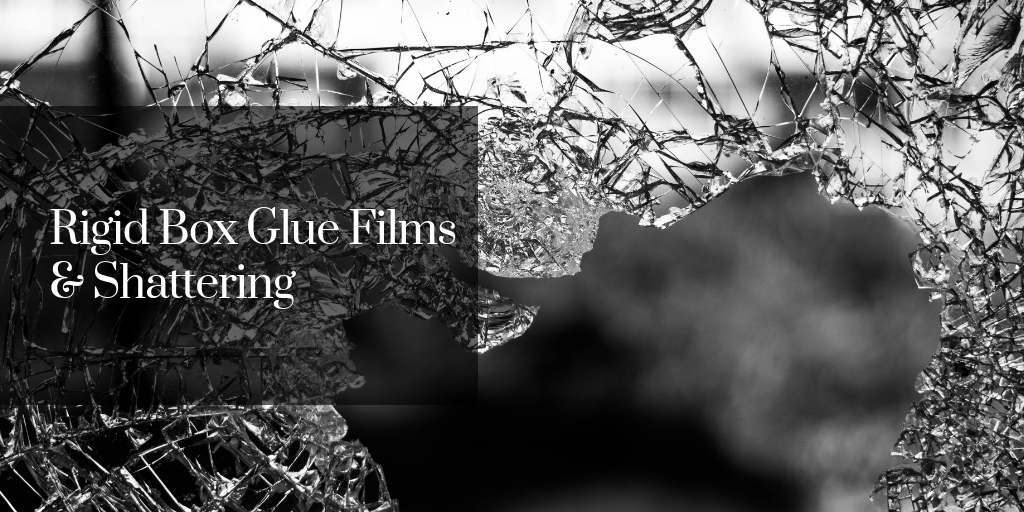 If you make rigid boxes, chances are you're pretty familiar with protein glue (animal glue). Have you ever run into a situation where the glue film becomes brittle and shatters? Today we dive into why this happens.

A rigid box is constructed by laminating a substrate (sometimes referred to as a "wrap") around chipboard. One of the most common rigid box machines is the Emmeci machine.

Rigid box glues are typically not flexible end-use glues, unless they are for a specialized application such as a window patch.

The lack of flexibility in this type of glue formula is intentional, and normally will assist in making a box wrap become tighter over time as the glue film contracts and equilibrates to a moisture content consistent with the surrounding environment.  The glue film will release water content until it has reached a level that it will start to “compete” or hold onto and maintain a certain percent needed by the gelatin or protein in the glue.

Rigid box glues will sometimes "shatter" if the box is flexed to the point that the film becomes distorted.  This shattering will not affect adhesion; it merely breaks the film from continuous to non-continuous.

After the initial shatter, this characteristic “noise” is not heard again.  In a lot of instances, it will never occur because the film has maintained enough moisture to slightly stretch when distorted.

Hopefully this helped clear up any questions  you may have had about glue "shattering". If you have any further questions, feel free to contact our technical team.